Are you just starting to workout or are you a fitness buff ? Do you want to try a new supplement to help at increasing your results in size and strength ? There are many performance enhancing supplements on the market. Here we cover the effects of HMB  on size and strength in the gym. This is for both the general and athletic population.

The majority of supplements are for vitamins and minerals, fat loss, or muscle enhancement supplements. One  is called HMB. This makes up part of an amino acid. When these amino acids are put together they make complete proteins. 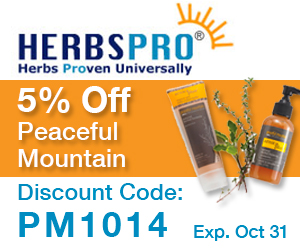 How can it effect your workouts and performance ?

If you are just starting your workouts, you must first adapt to training prior to any results with size or strength. When you have no experience with resistance training, your body must adjust to specific movement patterns. This allows the communication between the nerves and muscles to adapt to training. This will take at least a few weeks. When you become adjusted, you will begin to see changes in strength and size. Here is an example of how HMB may work at assisting with an increase of the size and strength of the muscle.

Two people do an identical workout concern the volume and intensity of resistance training. The intensity would be measured through repetition maximums. The same schedule is followed for each person concerning days of workouts.

All workouts cause damage or micro tears to the muscle. As the phase of the workout continues, volume and intensity will increase which will lead to an increase in strength.

This person takes HMB before a workout. Due to its effects on decreasing muscle damage seen, a faster recovery time is the result. A faster rate of recovery time means a greater increase in strength. It may not only effect overall strength, but allow a higher volume of training as well.

HMB has been show to increase the size and over strength levels of the athletic population (2), and some aerobic aspects of training. In one study a group of experienced rowers were looked at for twelve weeks. Variables measured included vo2 max or total oxygen consumption and venilatory threshold which is the time it takes to reach your vo2 max. A higher total amount of oxygen used, along with a greater amount of time used to reach this point shows hmb as having a positive effect on your anaerobic and aerobic capacity. (4) There have been few studies on its effects for the general population. This includes both active and experienced, and inactive population.

How does it effect the general population ?

HMB has been shown to positively effect strength, size,  and athletic performance, but its effect on the general population should also be looked at. HMB is generally thought to effect activities not requiring oxygen. Could it effect aerobic fitness as well.?

In one study, people experienced in fitness were looked at. This test looked at a peak oxygen test otherwise known as vo2 max. This is the maximum amount of oxygen needed for a specific amount of work in a given time period. The subjects’ venilatory threshold or point at which you have maxed out and need to recover was also looked at.  A control group, and a group taking hmb were used. High intensity interval training was used as well. This is a combination of short term bursts of activity, followed by lower intensity activity. Results showed a greater effect on the variables measured in the supplement group. This means that less oxygen was needed to perform the same amount of work in a given period. The total time able to perform was also increased. This shows an improvement in both aerobic and anaerobic endurance. (3)

Can it assist in reducing muscle wasting ?

Other factors such as general and functional strength with the inexperienced individual have been looked at, showing an increase in general strength assessed (5). The effects of the supplement on sarcopenia or muscle wasting is also something to look at (6). The chances of even having sarcopenia or a decrease in its rate can even be reduced. This is due to a history of activity both with resistance training and aerobic training. Therefore, the possibility of developing sarcopenia is less if you have a history of resistance training. (8)

In one study, strength and muscle breakdown was looked at with sedentary people. Three groups were looked at. One taking whey protein, another using hmb and one where they were taken together. No difference in either of the three groups concerning damage to the muscle was seen. I would question these results though. This is because the subjects were untrained and isometric strength instead of dynamic strength was used. From the results of test, along with personal testimonials, hmb is a natural supplement that will help with your performance both on the field and in the gym.

Overall, hmb has a very positive effect on performance both in the athletic population, and the trained for the general population. Regardless of your experience level in the gym,References