There are numerous ways to get an effective workout, but how you train depends on your overall goal. This comes down to two different forms of training, aerobic, or anaerobic. Aerobic means with oxygen, while anaerobic means without oxygen. Regardless of your overall goal, you should probably train both ways, just one more than the other depending on your main goal. Your body changes physiologically to both types of training. Here we go into detail on aerobic training adaptations that your body goes through over the course of training.

These are only some events that fall into either category concerning the way in which you would have to train for the event. There are more aerobic adaptations to exercise and training as opposed to anaerobic training.

We will first go through different factors you should know about, along with definitions of some terms used.

Types of adaptations include: cardiovascular, pulmonary, and respiratory adaptations. Here are some terms you should know in order for things to make more sense.

Heart rate: The frequency of heart beats per minute.

Stroke Volume: This is the amount of blood pumped out of the left ventricle of the heart each heart beat.

Avo2 difference: Difference in the amount of arterial and venous blood measured prior to and after being used. This gives the amount of oxygen used by the muscle.

Onset of blood lactate accumulation: This is the point at which oxygen becomes unavailable to the muscle and the amount produced to used becomes unbalanced, causing a buildup of lactic acid within the muscle. Many activities the production and usage rate is even, allowing for continued activity.

Tidal volume: The amount of air and oxygen in one normal breath

Expiatory reserve volume: The amount of air and oxygen remaining in the lungs after a full expiration

Inspiritory reserve volume: The amount of air remaining after a full inhalation

Vo2 max: This is the maximum venilatory oxygen consumption

Systolic: This is the highest pressure the heart is at prior to the valve being opened in the left ventricle to release the blood.

Diastolic: This is the lowest pressure the heart is at prior to the atrium being filled with blood.

Mitochondria: These are the “powerhouse of the cell” They limit muscle capacity, but the size and number are more in trained individuals, increasing their capacity to do work.

Carbs: Carbohydrates are the bodies main source of energy. They come in the form of glucose. This includes simple and complex carbohydrates.

A decrease in carbohydrates for fuel will result in an increase in fat being used. This may be from a decrease in muscle glycogen use, which is the storage form of glucose, and a decrease in glucose production.

Fats: These come in two forms, saturated, and unsaturated. Saturated fats want to be avoided since they cause things such as heart attacks due to blocked arteries.

Proteins: Protein is the body’s last choice concerning being used as a source of energy. Protein is used more for the rebuilding of tissue and recovery after activity.

Here are some of these changes and how the body adapts to these changes. Every individual is different so ones’ reaction or adaptation to training may not be exactly the same. Here is an example of a trained vs untrained individual and differences that are seen.

Effects of aerobic training on different physiological aspects of the body.

Long term training results in an increase in hearts mass and volume. Fibers thicken and number of filaments increase. This occurs along with an increase in power output. A trained individuals hearts are usually around 25% larger than the average sedentary person.

This comes from the stretching and dilation of the ventricles, which also allow there to be a greater capacity for stroke volume, blood flow, and cardiac output. An increase in the size of the arteries, which positively effect systolic and diastolic pressures is seen as well.

The increase in blood flow and increased maximum cardiac output are usually because of blood coming from non-active areas. This involves a decrease in sub-maximal cardiac output and an increase in oxygen extraction allowing more efficient blood flow. This increases the ability to generate ATP aerobically as well. 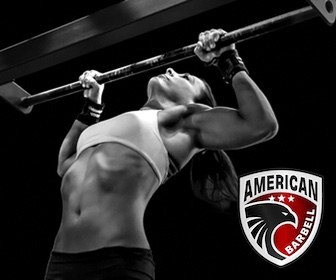 Upon training, a greater amount of oxygen consumption per heart beat is seen prior to a targeted heart rate being reached as opposed to those not trained. This comes partially from a more efficient blood flow of oxygen.

Along with an increase in Vo2 max comes an increase in tidal volume and a decrease in breathing rate as well. This decreases the amount of total oxygen cost used for breathing, allowing the oxygen to be used more efficiently in other places.

This increase in oxygen uptake or Avo2 difference can be up to greater than three times the resting volume. It can be seen through measuring venous oxygen content which is being returned to the heart.

A biological chemical called lactate is a limiting factor in the uptake of oxygen. This will decrease the efficiency of oxygen use when what is called the onset of blood lactate accumulation occurs. With training this point can be increased. This is thought to happen from a decrease in lactate formation, an increase in the rate of removal, or a combination of the two. It also indicates that ones ability to use lactate as fuel is improving as well. The fact that this maximum level is seen at a higher level of Vo2 sub max in the trained indicates a greater oxygen consumption over time. Both the level of blood lactate accumulation and intensity of a workout are key factors in endurance performance.

In conclusion, aerobic training increases the size of the heart, allowing a more efficient blood flow and an increased cardiac output. This decreases the sub-maximal heart rate & oxygen consumption per heart beat. At the same time, the total oxygen consumed, and maximum amount of oxygen that can be consumed or Vo2 max increase. This occurs while a decrease in breathing rate, air used, and an increase in level of onset of blood lactate accumulation are seen. These factors allow more time to reach the desired training level, indicating an improved aerobic capacity and efficiency, increasing ones’ level of performance.